So we’re closing out the year with no chance to watch much anticipated films like Greta Gerwig’s Lady bird, Three Billboards Outside Ebbing or Guillermo Del Toro’s The Shape of Water, at least here in the UK.  Ho Hum.  Nary Mind though.  Instead we’ve taken a look back at the fantastic movies we have managed to catch this year and concocted our list of the best/most original/most enjoyable for your reading pleasure.

These are listed below.  They’re in no particular order, but each film offered us something we hadn’t seen before with both consummate charm and visual/technical skill.  So sit back, and give a round of applause for all those involved in the making of the films below who thankfully, made our 2017 just that little bit less apocalyptic.

We super appreciate it guys.

·         Wonder Woman- how could we not pick this, really?!  The first female super hero movie directed by a woman gave us the opportunity to see a comic book world brought to life without the sexualising influence of the overused (and somewhat blinkered) male gaze.  Gal Gadot is both delightful and believable in the title role as we knew she would be and the characters around her join the dance without showboating or attempting to upstage Diana’s journey.  In conclusion: We need more of this in 2018 please.  Hollywood, take note.

·         Raw- brutal, gory and gripping, this French cannibal drama was unlike anything we’d seen before.  Meshing together the concepts of teenage physical awakening and some unexpected cravings that definitely shouldn’t be indulged, Julia Ducournau’s horror flick kept us thinking well after the end credits had rolled.  More cerebral than most horror flicks, the film is a gut punch for both its body horror scenes and emotional impact.  Not a combination you will find often these days.

·         Get Out- this should make anyone’s list simply for its refusal to sit neatly in any given genre.  Is it a straight up psychological horror?  A social satire?  Black comedy?  The correct answer is all of the above.  And with an A+cast and stunning visuals in and outside of its dream sequences, Get Out made our list with absolute ease.  You would also do well to keep an eye on Jordan Peele in the coming year or two- the director is definitely one to watch if this is the sort of class he can bring to the screen. 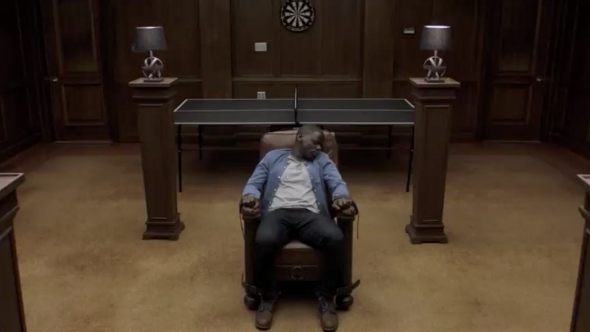 ·         Mother!- We have to be honest.  When we sat down today we weren’t sure if this was going to be an entry on our Best of or Worst of List for 2017.  Whether you view it as a batshit crazy character study or some grand overarching environmental allegory, Darren Aronofsky’s film is a cinematic fever dream that will hook into your brain from the outset and refuse to let go.  For originality’s sake though, we decided to put it on this list after some long deliberation.  If nothing else, you won’t see anything like it in the cinema again.  That’s a promise.

·         Dunkirk- For its barely-there dialogue and mesmeric filming techniques that often place the camera at the eye level of its characters, Dunkirk is about as close as you will get to understanding how it might have felt to be trapped on that infamous beach without getting mud on your face and trench-foot in your boots.  Sure, it might be a little jingoistic at times, too fist pumping, too ‘everything will be ok lads’, but in terms of immersive cinema experience, it more than makes the list for us.

·         Thor: Ragnarok- this was just entertainment all the way folks.  Pure joy on celluloid, freshening up an already awesome franchise with retro visuals and quality comedy performances (not least from director Taika Waititi).  There really isn’t much more explanation needed is there?  And be honest with us- who wouldn’t want to be a Valkyrie after watching this?! 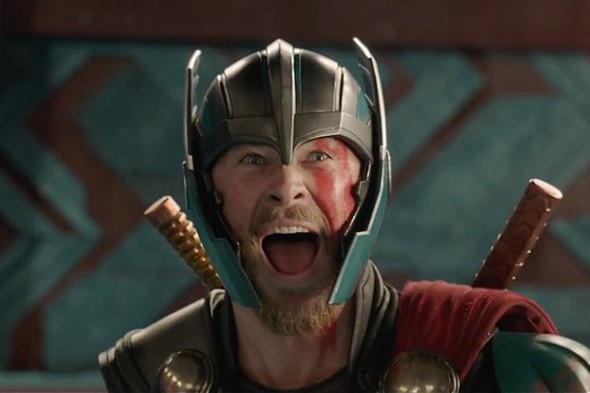 ·         Logan- again, this is a film that takes an established franchise and puts a whole new spin on it.  Gone are the puns and the spandex, replaced instead with real pain, real grit and a shit ton of character regret.  Consequences are often a forgotten commodity in the MCU but here, James Mangold puts them front and centre for all to see.  And in doing so, amps up the emotion to previously unreached levels.   Because of this, the film felt both necessary and important.

·         The Founder- Coen Brothers Lite, this Michael Keaton vehicle might not offer much in the way of flash and flare to a movie aficionado.  But the story behind McDonalds takeover of the Western World is in fact fascinating, morally complex and slightly uncomfortable all at the same time, unwinding as it does with an unbelievably watchable performance from the grizzled actor at its heart.  And if now isn’t the time for musing on the cost of greed then we don’t know when is, quite frankly.

·         Don’t Breathe- Fede Alvarez’s flick is another movie that on paper doesn’t look that original.  A bunch of young photogenic friends get trapped in the house of the blind man they’re attempting to rob.  So far so blah, right? But actually, the claustrophobic settings, a small but dedicated cast and anerve-shreddingly tense atmosphere all combine on screen to turn this into a truly effective scare show.  The questionable morality of each character makes proceedings way more complex than you might think and Stephen Lang as the ‘victim’ of the piece  is goddamn frightening y’all.  Hence the movie’s place right here on our list.  (Side bar: Anyone who wants to talk about one notorious and horrendous scene should also note, we took that into consideration when we drew up this list but felt that overall the movie still deserved an accolade.)

·         The Handmaiden- we’ve been huge fans of Sarah Water’s novel Fingersmith for many a year.  So we were uber excited when we heard Park Chan-Wook of Oldboy fame was making a Korean version of the story.  And thankfully we weren’t even remotely disappointed when the film finally came out.  Injecting extra humour into a fairly sober story, The Handmaiden is a delicate and psychological delight fronted by two captivating young actresses.  Visually sumptuous and lensed in a series of beautiful Eastern locations, the movie is a pleasure to watch from first moment to last and as such, there was no way we could leave it off our top Ten in all good conscience. 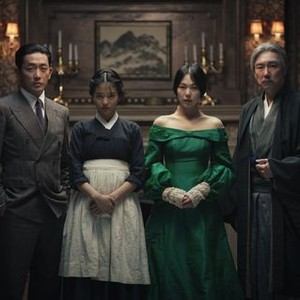 There you have it then.  Our Best of 2017 in all its glory.  Honourable Mentions go to The Big Sick, Moonlight, IT, Hidden Figures, Guardians of the Galaxy 2 and La La Land by the way, all of whom nearly snuck in there but failed at the final hurdle.

If you agree/disagree with any or all of our choices then hit us up, we’re always down for a verbal fistfight especially at Christmas; it gets us warmed up for family arguments.  Oh, and keep your eyes peeled for our upcoming Worst of 2017 list.  Coming soon to blogs near you!

Whatever Happened to Baby Jane (she’s doing fine, thanks for asking) »
« A MIST OPPORTUNITY